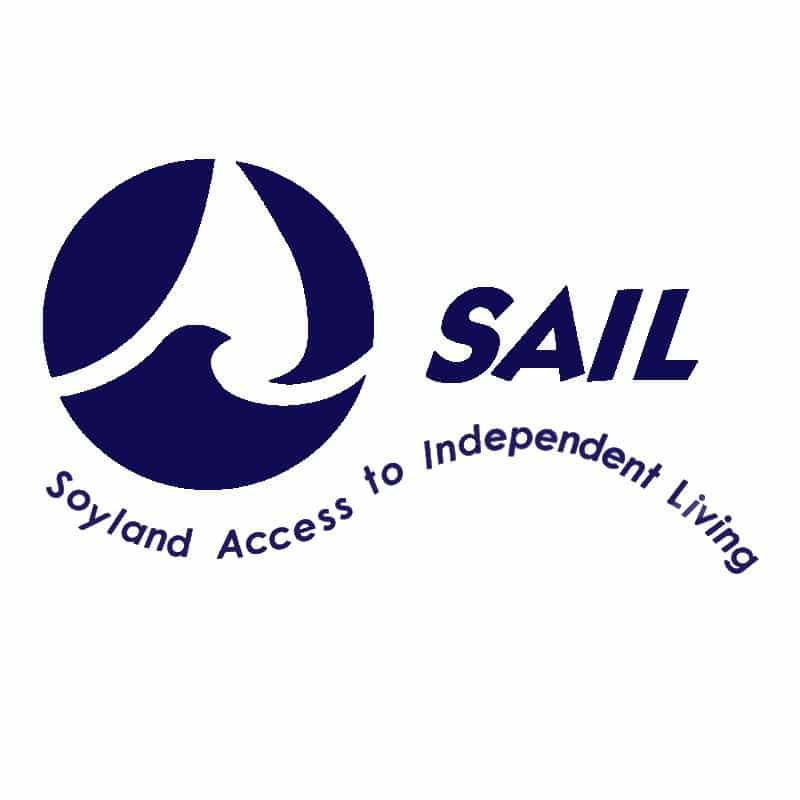 SAIL serves people with disabilities, their families and communities in Macon,  Moultrie, Shelby, Coles, Clark and Cumberland counties.  In October 1992, SAIL, the state’s 20th Center for Independent Living, CIL, opened in Macon County.  There are currently twenty-two centers serving the State of Illinois.

The staff and Board of Directors of SAIL collaborate in providing a continuum of services for people with disabilities in the six county service area.  Funding is provided through the U.S. Department of Health and Human Services, HHS, the Illinois Department of Human Services, IDHS, Division of Rehabilitation Services, DRS, and local fundraising projects. 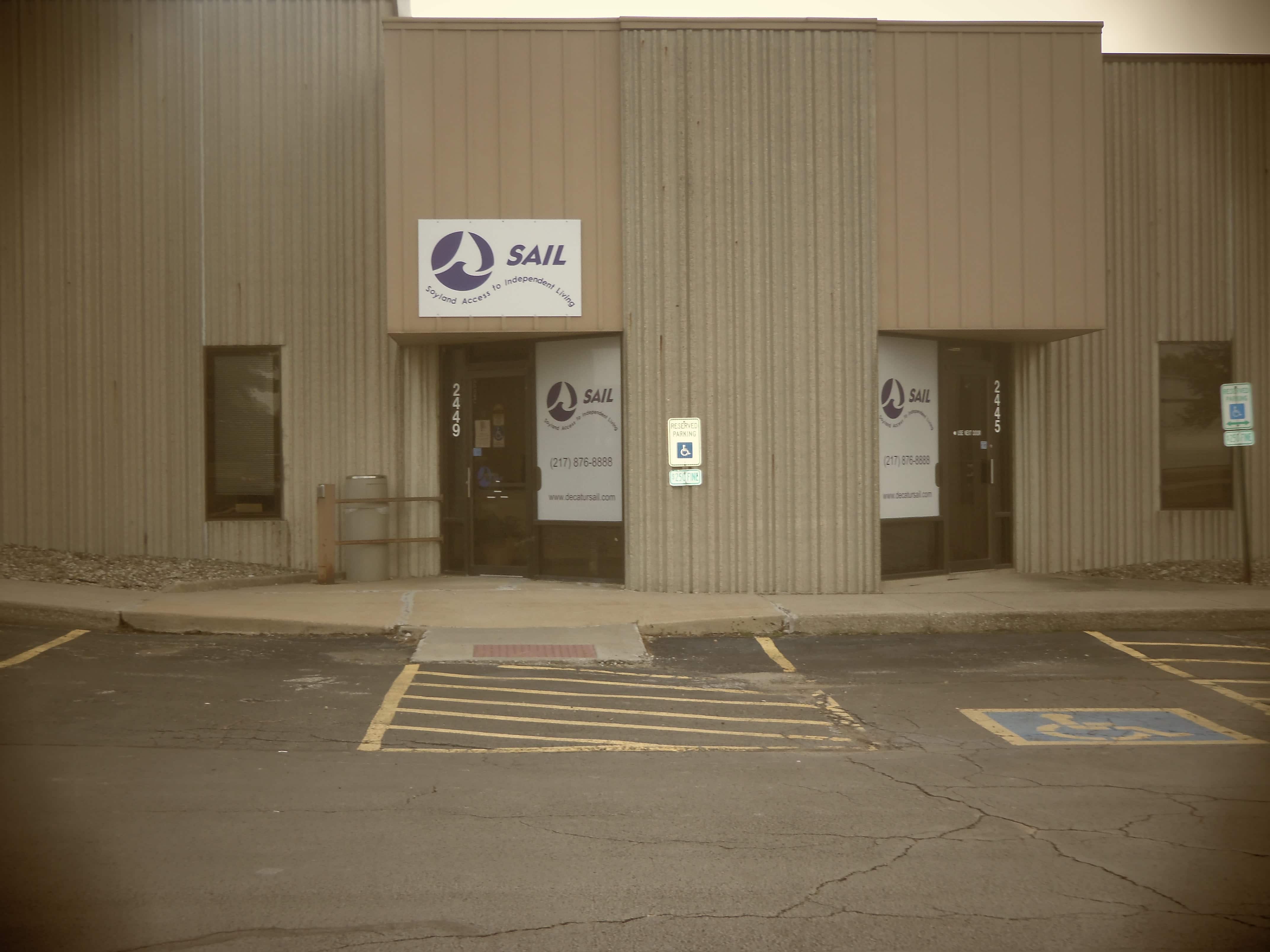 A brief history of independent living and SAIL

In December 1990 a committee was formed to begin the process of establishing a Center for Independent Living, CIL, in Decatur to serve people with disabilities residing in Macon, Moultrie and Shelby counties.  The committee received support and guidance from state and local offices of the Illinois Department of Rehabilitation Services and the Coalition of Citizens with Disabilities in Illinois, CCDI.

By June 1992 the board selected the name, Soyland Access to Independent Living, SAIL, and its first logo featured a sailboat with Macon, Moultrie and Shelby, the service counties, lettered on the sails.  In August, by-laws were drafted for a charter incorporation application that was funded by the Decatur Chapter of CCDI.  October 1992 SAIL became incorporated as Soyland Access to Independent Living serving Macon, Moultrie, and Shelby counties.

In January 1993 the board drafted policies for future staff personnel and established a policy for volunteers to ensure consumer privacy.  SAIL also published the first of four quarterly newsletters that were later named the ANCHOR. SAIL received a 501 (c) (3) tax-exempt status determination letter from the IRS in February.  The board resolved to continue its charter mandate to achieve its mission goals by operating the office on a part-time basis with volunteers.

In April 1994, thanks to advocacy efforts and the support of Senator Penny Severns, funding for a CIL in Decatur was included in the budget of the Department of Rehabilitation Services.  Beginning in October 1994 SAIL received $100,000 in funding to become the state’s 20th CIL.  In December Matt Abrahamson became the first SAIL Executive Director and for several months SAIL operated out of donated space in St. Mary’s Hospital.

SAIL relocated to a building in Park 101, a large business complex located on the northeast side of Decatur, the spring of 1995.  During this year, SAIL hired both an Independent Living and Home Services Coordinator.   By January 1999, SAIL had hired staff to provide Advocacy, Deaf, Family Advocacy, Adaptive Living, ADA and Visual Services to consumers, a satellite office was established in Shelbyville and a full-time Rural Outreach Coordinator was in place to provide services in both Moultrie and Shelby counties.

The state of Illinois awarded SAIL the Community Reintegration Grant in July 2000.  SAIL received a federal grant to provide services to people with disabilities living in Coles, Clark, and Cumberland counties in October 2001.  SAIL opened the Charleston office in May 2002 with a full-time Outreach Coordinator.  This office later became known as the Triple C office.

On June 27, 2003 SAIL moved into a larger facility located at 2449 E. Federal Drive.  The totally remodeled office space increases the number of offices for staff and includes space for three different assistive technology labs: Cross Disability, Visual Services and a Children’s lab.  Each lab is fully stocked with adaptive equipment and independent living devices on display and for demonstration to people with disabilities.

Apply to the Board

SAIL advocates for persons with disabilities and provides referrals for resources.